If we’re going to talk about famous beverages shops, the first thing that will come to our minds are cafés. For example, Starbucks, The Coffee Bean, Seattle’s Best and many more. Nowadays, milk-tea shops are also being considered by the people. Not long ago, the only milk-tea shop that was dominating the Philippines was Serenitea. You will see long queue lines outside their stalls because everybody’s dying to try and have a taste of their products. But now that milk-tea is in the trend and is currently booming, a lot of new competitors have opened which leads us to the question; What is the best Milk-Tea place in town? Worry no more! We’ve tried and ranked some the acclaimed best milk-tea shops here in the Philippines, specifically in Manila.

Infinitea is in the list mostly because of its price and the ambiance of their shops and not much because of its products. There is nothing much special about the taste of their milk tea, its just your usual ‘pang-masa’ taste. But this works to their advantage, plus it matches the price of their products which is very affordable. Although, their Wintermelon milk-tea is one of the best they could offer. To sum it all up, their performance is just so-so.

Serenitea milk-tea emphasizes more of the ‘tea’ taste, but it’s not really a problem for me. It actually makes them a bit more unique and different. Although, the consistency of their flavors is a bit of an issue on their part. Also, their sinkers, specifically their pearls are a bit small. The wide range of choices is a plus tho, from beverages, hot and cold, smoothies, and their fast service is what keeps them on the list.

Chatime is certainly one of the best milk-tea shops in town, from the ambiance to the food that they serve. To start off, they have comfy couches and chairs along with long tables, which is great for barkada hang-out time, or maybe study time wit your friends or even a small meeting. Next, they also have a lot to offer, not just milk teas but also coffee and fruit flavors! They even offer combos, which is very nice. Although they’re a bit more pricey than the first two shops mentioned, it matches the quality of their product and service. Another plus is that they put a fair amount of sinkers in your drink which is very rare. They also have unique sinkers like aloe vera, which surprisingly, matches their milk-teas. Over-all Chatime is one hard competitor to beat. 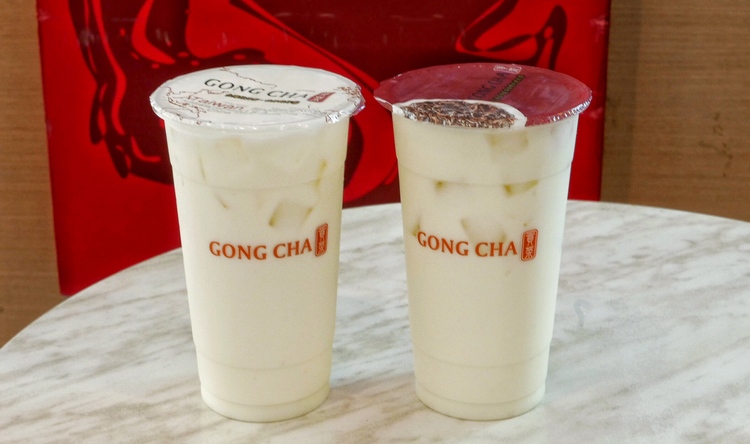 Gong Cha might not have big couches and long tables, but their ambiance is still nice and peacful. It gives a very formal feeling, a place where you can’t and shouldn’t make noise because you’ll disturb something. Most importantly, their milk-tea’s are the bomb. One of their best is the Wintermelon milk-tea. Although, it’s a bit disappointing that not all of their milk-tea’s have sinkers in it, you still have to spend more money and avail add-ons. They have unique sinkers like ice cream, red bean and their very own Gong Cha Milk Cream. Their price ranges from 75 to 130, excluding the sinkers. It seems a bit pricey but it sure is worth your money. 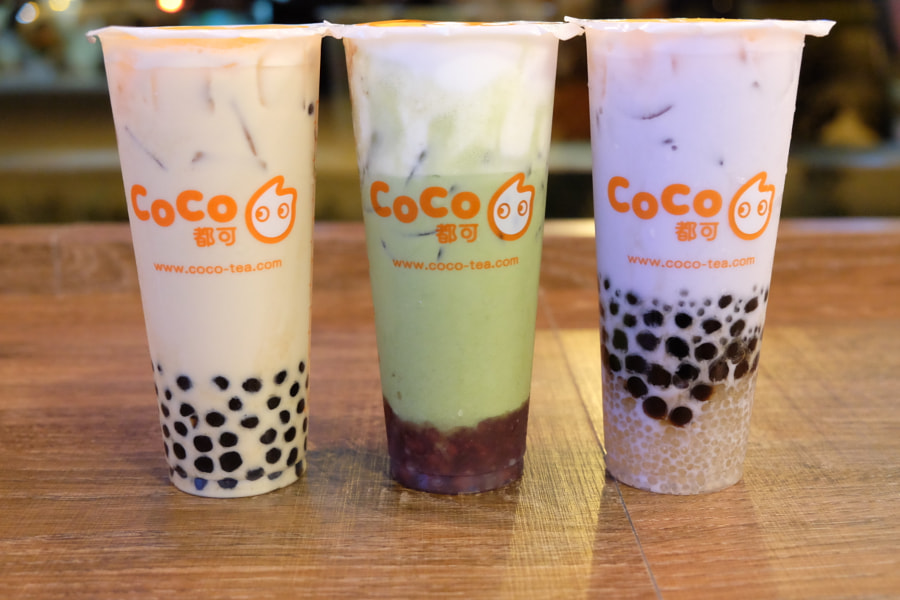 Hailing from Taiwan, CoCo Fresh Tea and Juice has easily won the hearts of the Filipinos. With more than 30 flavors of Milk-Tea and Fruit juice to chose from, anyone would really have a hard time. A long queue of line is what you will see the moment you go near any CoCo stall, anytime. Most CoCo’s doesn’t really have a place where you can chill with your friends, sit down and just chit chat. But yes, they still have seats for their customers. One of their best traits is that even though they have a lot of customers lining up, they still render fast and good service. Some of their best sellers are the Salty Cream Milk-Tea, Taro Milk-Tea, Panda Milk-Tea (which is very famous because of the unusual white pearls.) and 3 buddies Milk-Tea (this milk-tea flavor is for those people who love trying different sinkers/add-ons at the same time. You can put 3 different sinkers in your drink, which is very unique. Also, the size of their drinks are quite bigger than the others. Lastly, their price is almost just the same as Serenitea’s, ranging from P 85 to P 115, which is very cheap for a high quality beverage.